Our families-of-origin are the first relationships we have with others. This is where we learn the blueprints of how to interact with everyone else in the world. In order to understand our current relational patterns, it can be helpful to think about the roles that we learned in our early relationships. 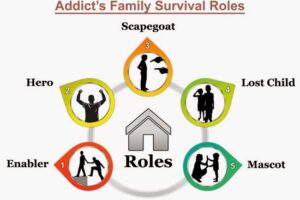 Hero/Achiever: Typically seen as over-responsible and self-sufficient. They get love and attention through achievement. As adults, they generally appear to be super successful in their chosen fields. But this is often a façade, because deep down, they are driven by very painful internal fears of failure.

Scapegoat: Also known as the “problem child.” Dysfunctional families need someone to blame for their distress. Having a Scapegoat helps the family maintain balance because they can just point the blame for all their problems at an easy target. However, the “problem” belongs to the whole family, and blame can never simply be directed at one person alone. Deep down, the Scapegoat is oftentimes the most hurt and depressed person in the family.

Lost Child: This child is often introverted, shy, and unnoticed at family functions. They will often be on their own playing video games or reading books. When they grow up, they are usually the first to leave the family.

Mascot/Comedian: The Mascot is often the life of the party and extroverted. One way to keep the family from fighting, is to keep them laughing. Laughter is the chosen distraction from the constant pain and conflict.

It might be helpful to step back and look at what roles we may have played in our family system. We may even have played multiple roles. How were our roles functional? How were they dysfunctional? What benefits did we get out of our roles? What were the costs of our roles? Once we become aware of the roles that we may have played, we can then work to let go of the ones that are no longer serving our goals for our adult lives. 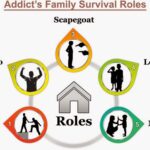 Family System Roles   By: Ryan O'Millian   Our families-of-origin are the first relationships we have with others. This is where we learn the blueprints of how to interact with everyone else in the END_OF_DOCUMENT_TOKEN_TO_BE_REPLACED